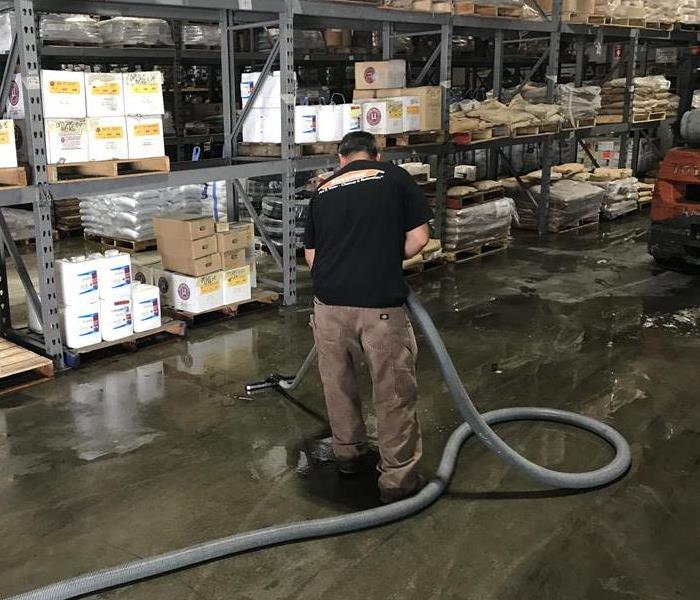 IT COST ME MORE IN THE LONG RUN.... I had clogged drain lines, a pipe broke and my business flooded, an absolute nightmare, the fear of closing for a long period of time forced me to hire cheap and get fast back to business. I was in a panic and could not afford to close shop. My plumbers did a great job! But, I had no clue the damage sitting water could cause, I learned the hard way. A month after the incident we began to smell a musty odor and continued to linger. Someone suggested that it could be a dead animal in the walls, or behind furniture. We decided to give it a good cleaning, we moved furniture to discover dark spotting outside the bathroom walls. We had MOLD! I decided to investigate as the issue was growing and learned that water is a SOLVENT! I had to call certified experts to resolve this as now my employees and customers would be at risk. Henry at SERVPRO of Northwest Long Beach and his team came out right away, I was in a panic and their calm demeanor, professional tools and efficiency reassured me that everything would be done fast and RIGHT. Even after everything was done they followed up. I was in the loop with time frames and communication with Edward (Farmer’s agent) was great help in getting things processed with SERVPRO of Northwest Long Beach. In retrospect, I should have called SERVPRO at first to handle the flood, and avoid the mold. Henry and his team was great! Thank you!

View More Before & After Photos